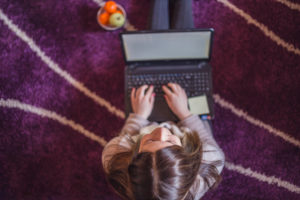 Out of all self-published books, women authors make up at least 60% of those books, and 67% of the top-ranking titles are written by women. This starkly contrasts traditional publishing, in which men are published more and receive more recognition, despite women running the show behind the scenes. Why is that more women than men are turning toward self-publishing? Is it because of what specific self-published genres are successful? Is it because the traditional publishing industry still puts more emphasis on male writers? Or is it because of the freedom allotted? Whatever the reason, one thing is for certain: female writers are running the show here.

The most popular genre in self-publishing is romance, and female writers make up a large majority of those writers. One person even went so far as to say that women writers account for 90% of romance writers. Whether this is the actual number or not, it is true that they dominate the romance genre, and the romance genre dominates self-publishing. It’s not a bad gig to have—35% of romance readers buy a new book every month and have been reading the genre for over 20 years. So not only is the audience dedicated, they’ve also committed their money to it, meaning there’s money to be made for self-published female writers. Plus, luckily for self-published writers, who may not be a household name (yet), the number one way romance readers find new books is the story, not the author name or popularity.

Despite traditional publishing being run by women, more prominence is given to men. Men are more likely to receive recognition for their work than women are. From “Best of” lists to book reviews, women are largely left out. In 2011, The New Republic found that newspapers and magazines reviewed more books written by men than women (themselves included). Of course, this could be due to publishing’s long legacy of leaving women out. As women have gained more and more rights, they’ve pushed their way into traditional publishing (and have stopped using male pseudonyms), but that doesn’t mean the gap has entirely closed.

This disparity between the genders has led many women to self-publishing, where not only are they publishing more books than men, but they’re seeing more success at it. In 2015, FicShelf found that of 134 of the bestselling fiction titles, 81% were written by women.

Self-publishing gives women more freedom to pursue what they want to write about.

It’s really quite simple: without all of the barriers that traditional publishing imposes, women are able to write about whatever they want. They aren’t pigeonholed at all, and they’re able to pursue whatever their creative interests may be. This is a big draw for anyone in self-publishing, not just women. There are no in-house editors to curb your creativity and no marketers to try to force you into a more sellable genre. Self-publishing allows the writer to delve deep into their ideas and write whatever they desire.

Whatever the driving reason is, the necessity of women’s lit is being realized self-publishing. Not only that, it’s completely controlling the industry. Where self-publishing goes in the future relies entirely on the three possibilities discussed above: what’s successful, who’s welcome, and what freedom it offers.