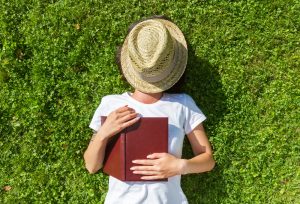 Within the last decade, young adult books (otherwise known as YA books) have exploded with popularity, inspiring successful series, movie franchises, merchandising, television shows, and spinoffs. According to The Balance, the number of young adult books published between 2002-2012 doubled from the previous decade, at a whopping 10,000 novels. These books aren’t just for teens, either. Though the market targets 12-18 year olds, a large number of adults 18 and older read young adult books as well.

Why are young adult books so popular?

Teenagers and young adults like to read! More specifically, they like to read stories that are relevant to their own lives, whether this is manifested in a teen protagonist or a relatable plot line. The book should appeal to this younger audience in some capacity. Young adult literature and adult literature are the same in this way: they must appeal to their perspective audiences and create a story that they can relate to. Even if the novel is a fantasy or Science Fiction novel with an outrageous plot, there should still be some struggles that a teen/young adult can identify with, such as a coming of age story line, teen romance, betrayal by friends, etc.

According to a Pew survey, readers ages 16-30 go to the library more and read more than their older counterparts. One reason for this could be the resurgence of young adult novels.

Young adult books aren’t new, per say, but there is definitely no arguing with the fact that the new millennium has seen a resurgence and a dominance of YA titles. It’s being called the “second golden age,” according to a CNN article, due to a baby boom in the 1990s and the rise of authors like J.K. Rowling:

The book world began marketing directly to teens for the first time at the turn of the millennium. Expansive young adult sections appeared in bookstores, targeting and welcoming teens to discover their very own genre. J.K. Rowling’s well-timed “Harry Potter” series exploded the category and inspired a whole generation of fantasy series novelists, Cart said. The shift led to success for Stephenie Meyer’s “Twilight” vampire saga and Suzanne Collins’ futuristic “The Hunger Games.”

Since then, young adult books have seen trends (topics such as vampires, immortals, dystopian societies, etc.), waves, and the rise of various authors, such as John Green, Cassandra Clare, Laurie Halse Anderson, Sherman Alexie, Jay Asher, and more. One thing remains the same: teenagers, young adults, and older adults are dedicated to the YA genre.

Since the publishing industry is flooded with authors wanting to publish young adult books, the best option for an aspiring author is to self-publish. Anyone can self-publish, so there’s no stopping a teenager or young adult from writing and self-publishing a YA novel. However, most of the books on the market are written by older adults. And since a lot of YA novels are written in first person, the author must, quite literally, put themselves in the mindset of a young adult.

In order to write a bestselling YA novel (besides having a good, intriguing idea for a story), a self-published author must harness their inner child, write with a younger voice, stay relevant to today’s topics, and pace their stories accordingly (one difference between YA and other novels is pacing. YA novels tend to progress faster and are plot-driven). Seems easy enough, right?

Self-published authors who set out to write young adult books should be excited by the prospect: the age group that reads YA reads a lot, and they’re all online. According to the same Pew research as earlier, 98% of readers ages 16-29 use the Internet. As a self-published author, one of the best ways to market your book is to utilize the Internet, through ads and social media. Writing young adult books is just as hard as any other novel; it may even be harder, considering the ever-changing interests of the demographic, but it has the potential to be incredibly profitable and successful.

Interested in writing young adult books, but don’t know where to start? Here are some of the most popular young adult fiction books and bestsellers throughout the years:

Here’s a list of 2017’s most interesting books for young adults.