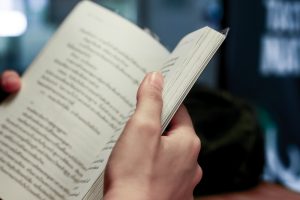 In your publishing journey, you may come across some terms that you’re unfamiliar with, one of these terms being “advanced reader copies” (sometimes known as advance review copy, advance reader’s edition, advance copy, or reader’s edition). Advanced reader copies (or “ARCs”) are small runs of forthcoming books meant for early, specially selected readers. These readers are usually influential people who can assist with the publicity of the book, those who can sell it in stores, or those who will shelve it in libraries.

What are Advanced Reader Copies?

Advanced reader copies are small quantities of a soon-to-be-published books that are for a select few people. These books are not meant to be sold in stores.

Advanced readers can be anyone who receives the book before its official publication date when the book becomes available in stores and online. Advanced readers can include a wide array of people, such as book reviewers, booksellers, librarians, publishing sites, or writers/persons who may be writing a “blurb” for the book or promoting it in some other way.

Though ARCs are for promotional purposes, some authors may choose to give them to close friends, mentors, or family members. If the book is authored by a well known author or a celebrity, those who receive an advanced reader copy may be required to sign a confidentiality agreement effective until the book is officially released to the public.

ARCs Benefit Both Writer and Publisher

Obviously when a publishing house publishes a book, or when a self-publisher publishes their own book, the end goal is to put unique and important art out into the world—and, of course, to make money. Whether a book is published by a publishing company, or whether it’s self-published, it needs to sell. For a book to sell, it needs to be marketed, both before and after the release date. There needs to be a garnered interest among readers.

A publishing house’s marketing or publicity team will send out ARCs to book review websites, newspapers, and magazines so that the reviews can come out before the book is released or soon thereafter. This gives the book reviewer or reader time to read the book and then write about it. Book reviews can significantly help presales by building a buzz and excitement around the forthcoming book. Reviews are especially helpful for newer authors who may not yet have a dedicated group of readers.

Since social media is such a valuable tool for authors to build an audience and sell their books, ARCs can also be sent to influential people (such as other writers, celebrities, talk show hosts, influential book clubs, etc.) for the sole purpose of having the advanced readers post on their social media about the forthcoming book. This can lead to a significant spike in sales.

ARCs are also sent to bookstores and libraries ahead of the book’s release date as a way to get the book onto their shelves once it’s released. Again this can help sales for new and veteran writers alike.

Printing ARCs as a Self-Publisher

Whether you already have a large audience, or you’d like to build that audience, then advanced reader copies are a great route.

If you’re a newer author who has yet to build a fan base, sending advanced reader copies to influential book reviewers or other writers who have a larger audience than you do can create a buzz around your book and begin to build your audience. This way, when your book comes out, there’s already a line of people waiting to purchase it. Advanced reader copies are a great way to get the word out about your book before you print the final copies to sell. If you build enough excitement around your book, you’ll sell more copies of it.

At DiggyPOD, we can print as few as 24 copies of a book, so know that your advanced reader copies order needs to hit this minimum.

DiggyPOD is a great source for printing ARCs since our machines make it easy to print small quantities of books.

Unlike other companies, we offer the unique ability to print small runs of books. This is pretty rare in the traditional and self-publishing world. The reason we’re able to do this is because of our Print on Demand technology. This kind of printing operates on a low-scale. Since it doesn’t require expensive plates, chemicals, inks, or operators, we don’t need to print thousands of books in order to break even with production costs. This allows you to print your advanced reader copies for a reasonable price.

Since we’re able to operate on such a low-scale, large book publishers will often outsource their advanced reader copies printing jobs to us. We’re a great option because we’re fast, reliable, and we print beautiful books, no matter the amount.

If you’re in need of advanced reader copies, choose DiggyPOD to print them. We’re here to help self-publishers every step of the way, with easy-to-use tools, comprehensive tutorials, and friendly customer service representatives standing by to answer all your questions.