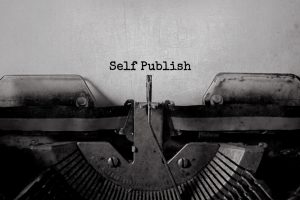 When you think of self-published authors, you tend to think of small-time writers with minimal sales and impact. However, in the digital age, with a plethora of self-publishing companies available and the option to market your book on social media, self-publishing can lead to big-time, traditional success. Gone are the days of needing a marketing team and publishing house behind you to sell your book. Just take a look at these self-publishing success stories. 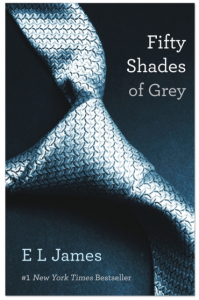 What began as Twilight fan-fiction, written under a pseudonym, soon became an international bestseller. E.L. James originally published Fifty Shades of Grey as an ebook and Print on Demand paperback. Having already accrued quite the following from her fan-fiction days and being so taboo, Fifty Shades gained notoriety and popularity quickly. The book was printed in May 2011, and by January 2012, movie rights were bought. E.L. James’ self-publishing success story shows that building a fan base is key. 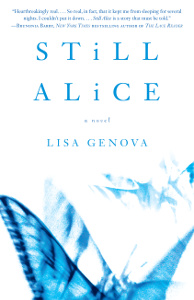 Another book-turned-movie, Still Alice began as a self-published novel. Genova’s tale is one writers know all too well—she spent a year querying agents to acquire her book, and after no successful attempts, she decided to forgo the traditional publishing route and self-publish her completed novel instead.

Now a New York Times Bestselling Author, with an Oscar-nominated film based off the book, Genova is happy she decided to self-published, even though she was warned against it. Genova worked actively to promote her book, which lead to the subsequent auction of Still Alice to Simon & Schuster for six figures:

I listed STILL ALICE on Myspace, Goodreads, Shelfari, and more. I managed my own website and blog. I read David Meerman Scott’s The New Rules of Marketing and PR  and John Kremer’s 1001 Ways to Market Your Books. I scheduled at least two book events a month: Readings and signings at local bookstores, coffee shops, Alzheimer’s facilities or conferences, book clubs. 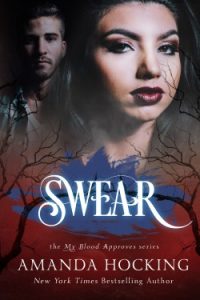 Though none of her books have led to movie deals (yet), Amanda Hocking is one of the biggest names in self-publishing. A USA Today bestselling author, Hocking has written a total of twenty books, including the immensely popular Trylle Trilogy and My Blood Approves series. Hocking’s story is similar to that of Genova’s—having tried and failed to find an agent to represent her book, she chose to self-publish the first book of the Trylle Trilogy, Switched, in 2010. Since then, the trilogy has gone on to sell over a million digital copies.

Though only two of her five series have been self-published, and despite partnering with a traditional publisher, Hocking still recommends self-publishing, with a word of advice:

My biggest word of advice to any new, future writers thinking about diving into self-publishing: Edit. I don’t care what you think, you didn’t edit enough. Some people won’t care that there’s errors, it’s true, but enough of them will. And they paid for it, so they have a right to. So edit more. And then again. Really….Self-publishing is great, but it’s not easy. 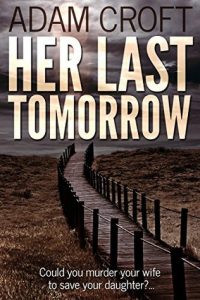 Adam Croft had written eight books that, in his words, had done “Not brilliantly. But alright.” All that changed with his ninth book, Her Last Tomorrow, which was self-published. The story is about Nick Connor, a man with a seemingly perfect life. Perfect, that is, until his dark past catches up with his bright present. The hook of Croft’s Her Last Tomorrow is this: Could you murder your wife to save your daughter?

Her Last Tomorrow has been the biggest selling self-published book in 2016, which is huge. It has sold over 100,000 copies so far. After its wild success, Croft was approached by Thomas & Mercer, proving, once again, that self-publishing success easily leads to traditional publishing. 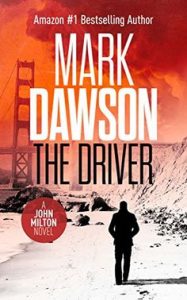 Just like Adam Croft, Mark Dawson is a big believer in Facebook ads, claiming, “Facebook advertising is the single most powerful marketing and promotional tool that is available to authors, be they traditionally or self-published.” Of course, in order to be successful at Facebook advertising, it helps to take Dawson’s course on it.

Dawson had published books before, traditionally, but nothing ever took off. Once he self-published, however, he became a bestseller. His success didn’t come without an investment, however. Dawson spent a large amount of time researching how to successfully market his books, and it paid off:

I’ve sold the movie rights to a series to a very well known Hollywood producer. Audible have bought the audio rights to all of the books in one of my series. I speak at conferences. I consult for traditional publishing, and teach them how to use the modern marketing methods that have been at the heart of my success.

There you have it! Self-published authors, if they use their time, resources, and the Internet wisely, can sell their books faster and make more money than if they used a traditional publishing route. Self-publishing success stories are not rare, and you could be the next one. Let us help.