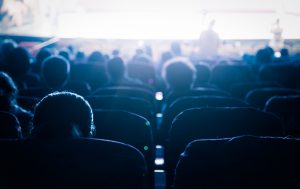 We’ve all been there – our favorite book has been made into a movie, and those beloved characters that we’ve only encountered on the page are now realized in the flesh, but once we actually see the movie, and see the world come to life, we’re disappointed. Is it because nothing can live up to world of the book? Or is it because, sometimes, book to movie adaptations change too much of the original plot? And is it possible to get it right?

Book to movie adaptations that failed (and why)

A movie can fail for many reasons (whether it’s based on a book or not), such as bad writing, bad actors, bad production/CGI, and more. It’s sad when a good book is made into a bad movie, because there’s a lot of wasted potential, and it’s a great disservice to the book. This is why when book to movie adaptations are announced, fans are often weary: they don’t want their books to be turned into mediocre or just plain bad movies.

Some movies that were adapted from books (and failed): The League of Extraordinary Gentlemen, Eragon, The Giver, The Divergent Series, The Mortal Instruments: City of Bones, The Scarlet Letter, and much, much more.

Books like Eragon, The Divergent Series, and The Mortal Instruments failed because the fantastical world that was built up over several novels was just too wide and complex for a two-hour film to portray accurately. The Mortal Instruments has since found success in a TV series, but the plot has strayed far from the novels (which tends to be the case in TV shows).

Book to movie adaptations that got it right

It’s not all doom and gloom. Some book to movie adaptations are surprisingly accurate and widely successful. Of course, die hard fans of the book will always be nit-picky. There are simply too many scenes and details from books that have to be omitted for the sake of time. (Now, doing a book to TV series adaptation can be a nice fix for this, but that’s for another blog!)

Book to movie adaptations that succeed are the ones that stick close to the book. The writers, director, producers, and actors must have integrity. If they do the characters justice, the fans will be happy. It all comes down to sticking to the plot as much as possible.

Of course, some books lend themselves a little easier to film. Romance novels translate to film well, since the plot is normally simpler and smaller in scope, and “Chick Flicks” are always immensely popular. Crime novels can do quite well also, depending on how intricate the plot is and how many books are involved.

Some movies that were adapted from books (and succeeded): The Harry Potter movies (over all – some fans had critiques, but that’s unavoidable), Fight Club (the author even said he preferred the movie’s ending), To Kill a Mockingbird, American Psycho, Silence of the Lambs, Trainspotting, No Country for Old Men, among others.

Should authors be worried if their book is auctioned for a movie?

Absolutely not! For an author to reach a place where their book is being adapted into film is unbelievably impressive! It means that their book is so widely read and beloved that the demand for a film is there. Like anything, it can do well, do okay, or do poorly. But the author will never know until it happens. This is the same as writing a book: maybe the book does well, or maybe it doesn’t, but why let that keep them from trying?