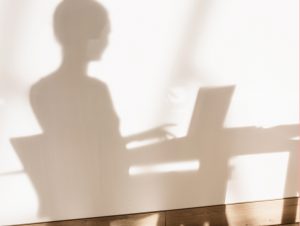 Pseudonyms – or as they’re otherwise known, “pen names” or a “nom de plume” – have been widely used by writers for quite some time now. Pseudonyms are fictitious names that authors will use in various situations. There are many different reasons why someone would choose to use a pseudonym, and each reason is personal and valid. Think of a pseudonym as a literary alter ego. Whether the author chooses to use pseudonym simply to keep their personal life out of the limelight, to distance themselves from previously published work, or if they’re left with no choice but to use a pseudonym, pseudonyms are a great way to still get pieces of work out into the world.

Who has used a pseudonym?

Tons of authors have used pseudonyms. The very nature of a nom de plume makes it difficult to even assess everyone who has used one – the whole point is a shroud anonymity or disguise. Some very well-known authors have used pseudonyms, whether for all of their works or only a portion. The Brontë sisters used male pseudonyms when writing. Lemony Snicket, author of A Series of Unfortunate Events used his nom de plume for the entire series. J.K. Rowling opted to use the pen name Robert Galbraith for The Cuckoo’s Calling, despite having a massively successful career as “J.K. Rowling.” Why would these authors use a pseudonym?

Women had to use pseudonyms

Women like Charlotte, Emily, and Anne Brontë (who wrote under the pen names Currer, Ellis, and Acton Bell, respectively) had no other choice than to use a pen name. There weren’t as many opportunities for women, so they had to disguise themselves as men to be taken seriously. In order to be considered without prejudice and read freely and widely, women very often had to employ the use of pseudonyms. Most were eventually revealed to be women, whether during the author’s lifetime or posthumously. It’s likely, however, that there are many works that were actually written by women that will never be revealed. As Virginia Woolf once said, “For most of history, Anonymous was a woman.”

Using a pseudonym to add to worldbuilding

Lemony Snicket is famous for using his nom de plum to add to the mystery and plot of A Series of Unfortunate Events. Snicket, whose real name is Daniel Handler, utilizes the pen name to turn himself into a character. Lemony Snicket the character was a part of a secret organization that protagonists Violet, Klaus, and Sonny’s parents were members of. Snicket has the “unfortunate” task of telling their story. This use of a pseudonym adds to the tension of a story. It makes the world that the author has created feel a little more realistic. If the author is a part of this world, then so is the reader.

Writing under a pseudonym to distance self from previously published work

J.K. Rowling, author of Harry Potter (maybe you’ve heard of her?), chose to write The Cuckoo’s Calling under the pseudonym Robert Galbraith. Initially, no one knew Robert Galbraith was Rowling. Once the book had gained substantial attention, however, the true identity of the author was revealed. When asked why she began to write under this name, Rowling replied:

To begin with I was yearning to go back to the beginning of a writing career in this new genre, to work without hype or expectation and to receive totally unvarnished feedback. It was a fantastic experience and I only wish it could have gone on a little longer than it did. I was grateful at the time for all the feedback from publishers and readers, and for some great reviews. Being Robert Galbraith was all about the work, which is my favourite part of being a writer.

Rowling wanted her work to stand out on its own merit, not because she’d written good books in the past. (“Good books” is a drastic understatement. Rowling revolutionized the industry, and seemingly created the Young Adult fiction genre in its current state. But I digress.)

Rowling also wrote under a male pseudonym, which is noteworthy. Now, of course female writers today don’t have to write under male names to be published. We’ve come a long way. However, when Rowling revealed that editor David Shelley replied, “I never would have thought a woman wrote that.” This reaffirms the notion that too often women are expected to stay in certain genres, and that they can’t write what has been a traditionally male-dominated genre.

Pseudonyms have been incredibly helpful to authors throughout the past and the present. From helping women break into the publishing world (which they’re now dominating) to allowing famous authors a little artistic integrity, pseudonyms are a great option for an artist.

Other pseudonym examples from famous authors: